Welcome to the city of Murmansk on Russia’s Kola Peninsula, starting point of our adventure. Upon your arrival at the airport we provide a transfer to your hotel, which has been arranged by us and is included in the price of the voyage.

Today we provide a group transfer to the port where we welcome you aboard the nuclear-powered icebreaker 50 Let Pobedy. Explore the ship and get orientated as we slip our moorings and sail north out of Kola Bay.

Nowhere can it be more truly said that “getting there is half the fun”. As we cruise northward through the Barents Sea there is always the possibility of seeing whales. Meanwhile, you have the opportunity to learn about the unique icebreaking capabilities of the ship. You are also treated to a tour of the engine room.

As we make our way across the ice cap, you witness firsthand the ship’s awesome power as massive ice blocks give way under the enormous bulk of the spoon-shaped bow. The sensation of being on deck at this time is surreal and unforgettable.

We also take advantage of 24-hour daylight to offer helicopter flightseeing tours. From the air you can observe the ship crushing a path through the ice. You also have a unique vantage point from which to witness the stunning beauty of this vast polar icescape.

Welcome to the geographic North Pole! After carefully navigating to 90 degrees North, we ceremoniously drop the anchor on a sturdy stretch of ice and disembark onto the frozen sea.

Now is the time to experiencing the long-anticipated thrill of standing at the top of the world. Join hands with your fellow passengers and literally walk around the world during our special International Round Dance. You are also treated to a barbeque meal on the ice. You may even have the chance to take a plunge into the icy water!

After our memorable time at the North Pole we turn around and head south. But the adventure is not over yet. The High Arctic archipelago of Franz Josef Land is still to come!

The Franz Josef Land archipelago, part of the Russian Arctic National Park since 2012, is a nature sanctuary. Polar bears and other quintessential High Arctic wildlife—such as walruses and some rare whale species—can be spotted anytime, anywhere in and around Franz Josef Land. Scree slopes and cliffs around the islands host enormous nesting colonies of migratory seabirds such as guillemots, dovekies, and ivory gulls. We take advantage of 24-hour daylight to exploit every opportunity for wildlife viewing and excursions via Zodiac and helicopter.

Franz Josef Land is home to some interesting geological features, such as the mysterious stone spheres on Champ Island. Collectors of geographical extremes may take note that Cape Fligely on Rudolf Island is the northernmost point of land in the Eastern Hemisphere.

Franz Josef Land also offers visitors the opportunity to walk in the footsteps of famous polar explorers at well-preserved historical sites. The journals of explorers such as Julius von Payer, Benjamin Leigh Smith, Frederick George Jackson, and Fridtjof Nansen come alive at Cape Norway, Cape Flora, Eira Harbour, and Cape Tegetthoff. Memorials, monuments, crosses, and the remains of dwellings are testimony to incredible historical events that are further illuminated by our expert lecturers.

Tikhaya Bukhta is currently a Russian Arctic National Park ranger station occupying Soviet-era research buildings and was also a major base for polar expeditions. Nearby, the fascinating columnar basalt cliffs of Rubini Rock are home to thousands of nesting seabirds.

After our amazing time in Franz Josef Land we cross back south through the bountiful waters of the Barents Sea. Presentations and workshops by our expert staff ensure that these days at sea are not idly spent. You may also take advantage of onboard facilities and amenities such as a polar library, volleyball court, gym, two saunas, warm seawater pool, gift shop, and massage treatments. Seabird viewing and whale sightings can be enjoyed from panoramic open decks as well as exterior stateroom windows.

Our once-in-a-lifetime journey comes to an end. After breakfast we say farewell in Murmansk. We provide you with a transfer to the airport for your flight home. 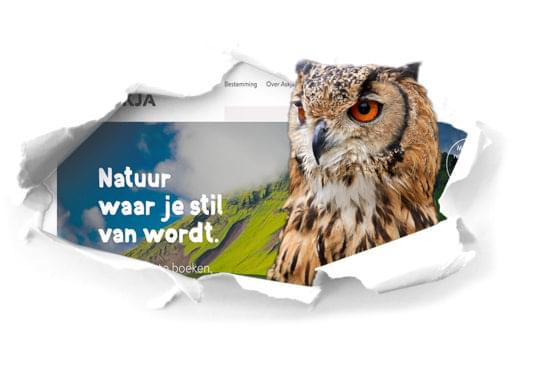