Dag 1 - Punta Arenas: Check in at 1385 O’Higgins Street (Arturo Prat Port) in Punta Arenas between 13:00 and 17:00 (1-5 PM) on the day of your Australis cruise departure. Board the M/V Stella Australis (6 PM). After a welcoming toast and introduction of captain and crew, the ship departs for one of the remotest corners of planet Earth. During the night we cross the Strait of Magellan and enter the labyrinth of channels that define the southern extreme of Patagonian. The twinkling lights of Punta Arenas gradually fade into the distance as we enter the Whiteside Canal between Darwin Island and Isla Grande de Tierra del Fuego.
Dag 2 - Ainsworth Bay & Tuckers Islets: By dawn the ship is sailing up Admiralty Sound (Seno Almirantazgo), a spectacular offshoot of the Strait of Magellan that stretches nearly halfway across Tierra del Fuego. The snowcapped peaks of Karukinka Natural Park stretch along the north side of the sound, while the south shore is defined by the deep fjords and broad bays of Alberto de Agostini National Park. We go ashore at Ainsworth Bay, which harbors copious bird life and a colony of southern elephant seals which can sometimes be spotted from the Zodiacs. Leaving our Ainsworth Bay tour behind, we sail west along the sound to the Tucker Islets. After lunch, we board the Zodiacs again for a close-up view of the Magellan penguins that inhabit the tiny islands. In September and April -- when the penguins live elsewhere -- this excursion is replaced by a short walk to a glacier at nearby stunning Brookes Bay.
Dag 3 - Pia Glacier: Overnight we sail around the western end of Tierra del Fuego via the very narrow Gabrial Channel, Magdalena Channel and Cockburn Channel. By morning we are entering Pia Fjord and boarding the Zodiacs for a Pia Glacier tour. After disembarking we take a short hike to gain a panoramic view of the spectacular glacier, which extends from the mountaintops down to the sea or a longer much more difficult walk up a lateral moraine of the old Pia Glacier. Back onboard the ship, we continue east along the Beagle Channel through an area called Glacier Alley. Living up to its name, the passage features a number of impressive tidewater glaciers flowing down from the Darwin Mountains and Darwin Ice Sheet on the north shore.
Dag 4 - Cape Horn & Wulaia Bay: During the early morning we navigate the narrow Murray Channel between Navarino and Hoste islands and drop anchor at historic Wulaia Bay. This area is also renowned for its mesmerizing beauty and dramatic geography. After a visit to the Australis-sponsored museum in the old radio station passengers have a choice of three hikes (of increasing degrees of difficulty) that ascend the heavily wooden mountain behind the bay. On all of these you will be strolling through an enchanted Magellan forest of lengas, coigües, canelos, ferns, and other endemic fauna to reach a panoramic viewpoint overlooking the bay.In the afternoon we cruise across Nassau Bay into the remote archipelago that includes Cape Horn National Park. Weather and sea conditions permitting, we shall go ashore on the windswept island that harbors legendary Cape Horn. Cape Horn is a sheer 425-meter (1,394-foot) high rocky promontory overlooking the turbulent waters of the Drake Passage. The park was declared a World Biosphere Reserve by UNESCO in 2005.
Bekijk volledig dagprogramma 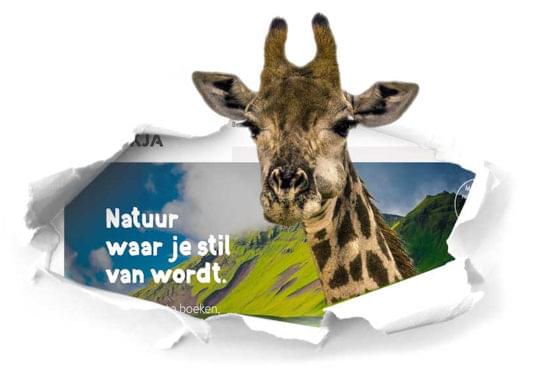