Chance of a lifetime!

Dag 1 - inscheping in Ushuaia: Omdat we de reisomschrijving van de rederij in het Engels ontvangen, volgt hier de engelstalige omschrijving van de reis. PLEASE NOTE: All itineraries are for guidance only. Programs may vary depending on local ice and weather conditions and in order to take advantage of opportunities to see wildlife. The on-board expedition leader determines the final itinerary. Itineraries may mention places that require permission to land, which must be granted by the relevant national authorities. Such permission is not granted prior to the publishing of these itineraries. Flexibility is paramount for expedition cruises.  Your voyage begins where the world drops off. Ushuaia, Argentina, reputed to be the southernmost city on the planet, is located on the far southern tip of South America. Starting in the afternoon, you embark from this small resort town on Tierra del Fuego, nicknamed “The End of the World,” and sail the mountain-fringed Beagle Channel for the remainder of the evening.
Dag 2 - 3 - Oversteek Drake Passage: Over the next two days on the Drake Passage, you enjoy some of the same experiences encountered by the great polar explorers who first charted these regions: cool salt breezes, rolling seas, maybe even a fin whale spouting up sea spray. After passing the Antarctic Convergence – Antarctica’s natural boundary, formed when north-flowing cold waters collide with warmer sub-Antarctic seas – you are in the circum-Antarctic upwelling zone. Not only does the marine life change, the avian life changes too. Wandering albatrosses, grey-headed albatrosses, black-browed albatrosses, light-mantled sooty albatrosses, cape pigeons, southern fulmars, Wilson’s storm petrels, blue petrels, and Antarctic petrels are a few of the birds you might see.
Dag 4 - 6 - Antarctisch Schiereiland: This extended voyage gives you the chance to sail even farther down the icy coast of the western Antarctic Peninsula. In the Gerlache Strait are several opportunities for great landings where you might set foot on the Antarctic Continent, surrounded by an epic landscape of alpine peaks and mammoth glaciers calving at sea level. Gentoo penguins, leopard seals, Weddell seals, humpback whales, and minke whales are often seen here. The volcanic islands of the South Shetlands are windswept and often cloaked in mist, but they nonetheless offer many subtle pleasures. A wide variety of flora (mosses, lichens, flowering grasses) and fauna (gentoo penguins, chinstrap penguins, southern giant petrels) live here. On Deception Island, the ship plunges through Neptune’s Bellows and into the flooded caldera. Here you can find hot springs, an abandoned whaling station, and thousands of cape petrels. A number of kelp gulls, brown skuas, south polar skuas, and Antarctic terns can be spotted here too. If ice permits, you sail into the Weddell Sea. Here colossal tabular icebergs herald your arrival to the eastern side of the Antarctic Peninsula. You might visit Brown Bluff, located in the ice-clogged Antarctic Sound, where you could get the chance to set foot on the continent. Paulet Island, with its large population of Adélie penguins, is another possible stop.
Dag 7 - 8 - Oostelijk naar de Eclips: Giant icebergs and a good chance of fin whale sightings enliven this segment of the voyage. Also, your best chance to spot Antarctic petrels is here. Depending on ice and weather conditions, the aim is to venture into the pack ice to find the best possible position for viewing the solar eclipse.
Bekijk volledig dagprogramma 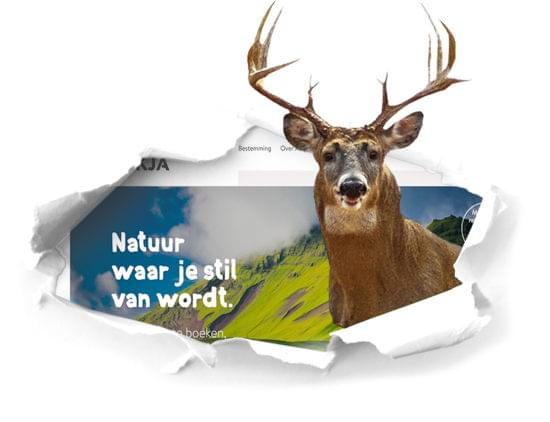